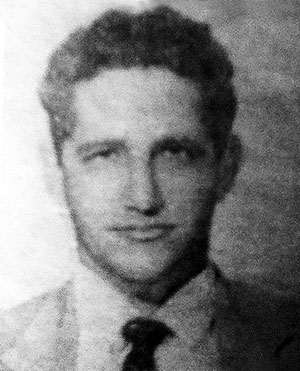 He was born on December 7, 1927, in La Cantera estate, in San José district in Pinar del Río. He was the fifth of a total of eleven siblings. They lived on a piece of land that was not their property and they worked to solve the most urgent need for home and above all the payment of rent. In his childhood he showed a lively and cheerful character but at the same time strong and energetic. He was given to jokes, just as he punished those who offended him with his fists.

In school, he was distinguished by his ease of understanding subjects and the intelligence that characterized him in the rest of his life. At approximately seven year old, he began to work with his father in the countryside, where he learned from agricultural work and especially the work of tobacco, not for that reason, Tite, as everyone called him in the neighborhood, lost the vivacity of his childhood that he enjoyed despite having undertaken early to the painful exploitation of which he suffered in union with his relatives.

Since he was a child he had a predilection for hunting and firearms, which influenced the aim he would have throughout his life. He did the seventh grade and began studying trade at night, which alternated with daily and hard work in the field. At the age of eighteen and for economic reasons, Antonio learned the trade of bricklaying and carpentry; he worked in construction to support the family.

His revolutionary activities began on March 10, 1952. Showing to be an open and frank anti-baptistian. He was active in demonstrations against tyranny, sympathizing with the monkadists. When Fidel Castro left the Presidio in Isla de Pinos, one of the first flags of July 26 that were placed on the road from Pinar del Río to Viñales, he put it up.

He sold his working instruments and left for the East in 1957. Incorporated to the guerrilla he was assigned the responsibility of carrying the only 30 machine gun that existed in it, which would be his inseparable companion of fight during a whole year. Antonio was already a hardened and esteemed companion in the Sierra Maestra, attending to his province of origin he is called Pinares, name with which he covered himself with glory in the eastern mountain ranges. The Commander in Chief Fidel Castro, for his bravery and courage resisting the offensive of tyranny, promoted Pinares to captain. During the invasion in the column of Camilo Cienfuegos and in the campaign of Las Villas he showed his worth as a guerrilla, winning the sympathy and respect of the Lord of the Vanguard.

When the Revolution triumphed, he received the rank of Commander and carried out important missions in the Revolutionary Armed Forces in Pinar del Río and Isla de Pinos. He attended military schools and occupied responsibilities in the fight against bandits.

In 1966 he left for Bolivia with Che, becoming the legendary Marcos in the guerrilla, until his fall in combat on June 2, 1967.